There’s still no word on whether or not this film will explain why the freakin Unicorns got left off the boat.

Yesterday we announced a couple more casting bits for Darren Aronofsky’s Noah. Now we are getting our first peek at what Russell Crowe looks like as the bible hero. Sure, he looks good and all… but I’m waiting to see the pics of Emma Watson and Jennifer Connelly. Noah Opens nationwide on March 28, 2014. 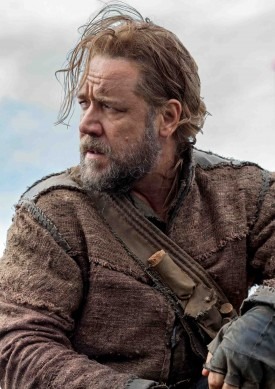 Here’s the official synopsis:
It was a world without hope, a world with no rain and no crops, dominated by warlords and their barbarian hordes. In this cruel world, Noah was a good man. Seasoned fighter, mage and healer but he only wanted peace for him and his family. Yet every night, Noah was beset by visions of an endless flood, symbolizing the destruction of all life. Gradually he began to understand the message sent him by the Creator. He had decided to punish the men and kill them until the last. But he gave Noah a last chance to preserve life on Earth.