Will the new MIB team still get ‘Jiggy’ with it?

Earlier today, we got our first look at Chris Hemsworth in Avengers: Endgame. We didn’t see Tessa Thompon’s Valkyrie yet, but there’s a good chance that she’ll pop up before the film ends. The good news is that we got to also see both of the actors today in the first official image from their upcoming MIB spin-off, Men In Black International. 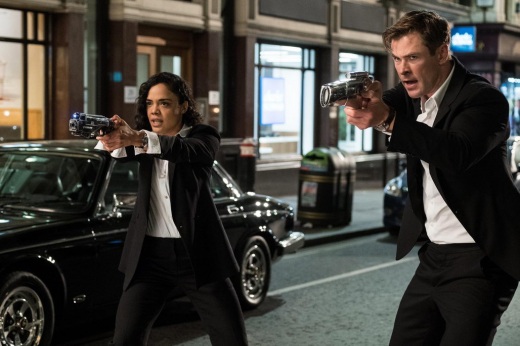 The Image was posted on Hemsworth’s Twitter, along with this note:
#FBF shooting MIB with my partner in galaxy protection @TessaThompson_x when we were ripping aliens a new one. From memory, this shot was taken in between set ups when we noticed some criminal activity on the streets in London. #MIBInternational