First Look At Jaimie Alexander As Sif In Marvel’s ‘Thor’

Your first look at Jaimie Alexander as Sif, Thor’s lover and tough as nails Asgardian warrior.

According to the Marvel lore, Sif is an Asgardian warrior and lover of Thor who often accompanies him in battle. She’s always been faithful in her affections of Thor or those that share his similar powers.

GeekTyrant received some screen shots of the missing scene that includes our first look at Jaimie Alexander as Sif. Have a gander below. 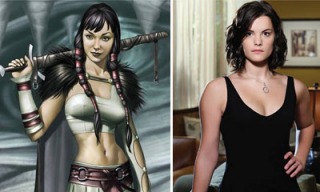