Here’s your first look at Activision’s upcoming all new Spider-Man video game based on the upcoming Marc Webb directed “The Amazing Spider-Man.” 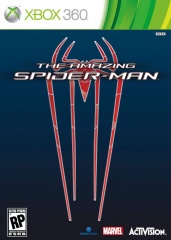 Here’s your first look at Activision’s upcoming all new Spider-Man video game based on the upcoming Marc Webb directed “The Amazing Spider-Man.” The new video game is set to launch next summer and will play out as an epilogue to the movie.

Here’s the complete press release:
An all-new Spider-Man is poised to bring the action back to New York City as Activision Publishing, Inc., a wholly owned subsidiary of Activision Blizzard, Inc. (Nasdaq: ATVI), and Marvel Entertainment, LLC announce The Amazing Spider-Man™ video game, planned to launch summer 2012 tied to Sony Picture Entertainment’s upcoming feature film of the same name. Created as an epilogue story occurring entirely after the events of the movie, the game features the return of free-roaming web-slinging all over the city and evolutionary improvements to navigation and combat, as the newly anointed Spider-Man is plunged into an all-new storyline charged with protecting Manhattan from a variety of criminals.

The Amazing Spider-Man is in development at veteran game studio Beenox, and features an original narrative crafted by Hollywood writer Seamus Kevin Fahey (episodes of Spartacus: Gods of the Arena and the re-imagined Battlestar Galactica) that continues young Peter Parker’s adventures following the events of the new film. Using the game’s new Web Rush mechanic allows players to pull off a vast array of moves never before possible. With a story that takes players through many areas all over (and under) Manhattan, fans will feel what it’s truly like to be a Super Hero, as they experience the cinematic adrenaline rush of web-swinging through the city and fighting crime using Spider-Man’s spectacular acrobatic moves and attacks. 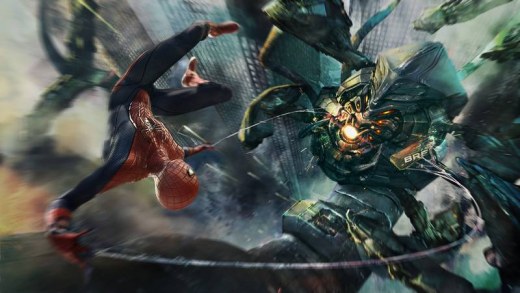