Inspired by a 2003 shoot with a CEO who divulged to Cooper that he used Everquest as a medium to communicate with his children post-divorce, the project found the photographer capturing gamers in China, France, Korea, and Germany.

The photo series have since been collected in a book and provide a visual commentary on both the individual subjects and their virtual lives around the world. It’s interesting to point out that while some avatars look similar to their creators, “others are drenched in fantasy, departing dramatically from their creator’s gender, race, or physique.”

Blow are some of our favorite photographs from Alter Ego. To see more, head on over to Cooper’s website. 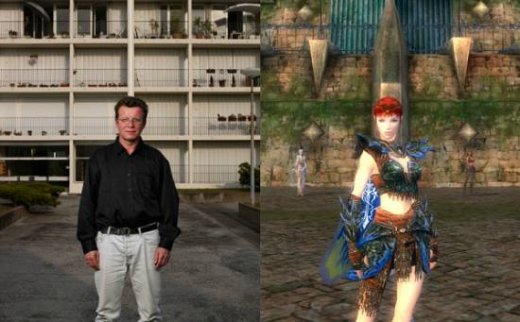