Let’s start off by calling this movie what it really is. It’s not Terminator 6, it’s Terminator 3.

Let’s start off by calling this movie what it really is. It’s not Terminator 6, it’s Terminator 3. Whatever you choose to call it, the new Terminator film is well under-way and Paramount Pictures and Skydance Productions pushed out the first official image from the movie today.

Since the inception of the series, strong women have always been at the center of the story. With the return of Linda Hamilton to the franchise and the additions of Halt and Catch Fire’s Mackenzie Davis and Natalia Reyes. There’s no danger of that focus shifting.

This time around Deadpool director Tim Miller is helming the project, but James Cameron is producing and heavily involved in bringing new life to his baby. As mentioned in the first line of this post, Terminator 6 will pretend that no movies happened after T2: Judgement day and will pick up as a direct sequel to that film.

Arnold Schwarzenegger will also be reprising his role as the Terminator in the film, but there has been no news about the size of his role or whether he’ll be playing for the humans or for Skynet. 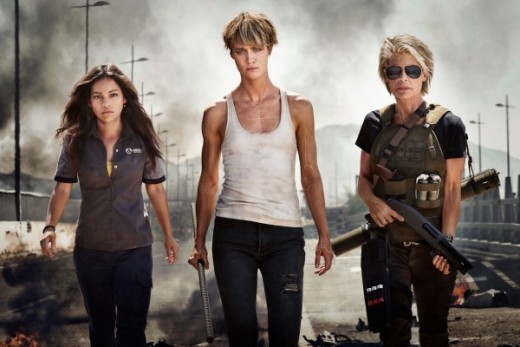