Check out these first set photos from the set of Abraham Lincoln: Vampire Hunter.

Check out the first images to be released from the set of ‘Abraham Lincoln: Vampire Hunter’.

Abraham Lincoln: Vampire Hunter is a re-imagining of the 16th President’s life that depicts him as an axe-throwing, highly accomplished killer of vampires — an obsession of his since those bloodsuckers supposedly took the life of his mother. Lincoln eventually learns that the vampires have fled to the southern states of the U.S. and are concocting a plan to conquer and enslave the entire country — this in turn leads to the Civil War between the Union and the Confederacy, the latter of which the vampires are aligned with. 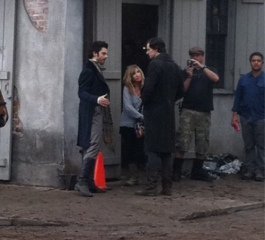 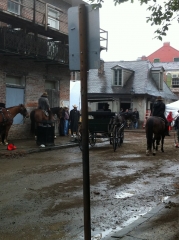