Here are a some set images from the second season of “Game of Thrones” currently filming in Ireland.

Here are a some set images from the second season of “Game of Thrones” currently filming in Ireland. The statues are from a scene that involves some new characters: Stannis Baratheon, Melisandre, and Davos.

The statues shown are of Westeros’ Gods, The Seven and if you’re familar with the book, you’ll know that they play a large role in a n early scene from book 2 of A Song of Ice and Fire. From the images you can see the Father, the Mother, the Warrior, the Maiden, the Smith, the Crone, and the Stranger (who represents Death).

According to eye witnesses who’ve spotted the statues of the Seven at the beach in Castlerock, Northern Ireland, they are rigged with pyrotechnics. Actress Carice van Houten has since confirmed that filming has taken place, and the statues have all been burned. 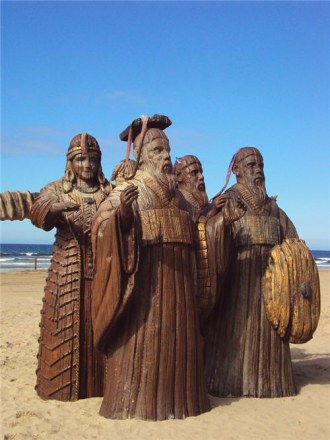 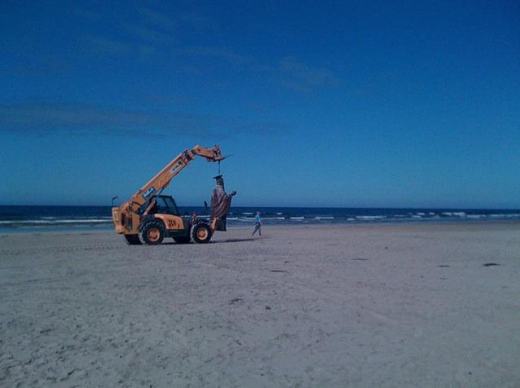 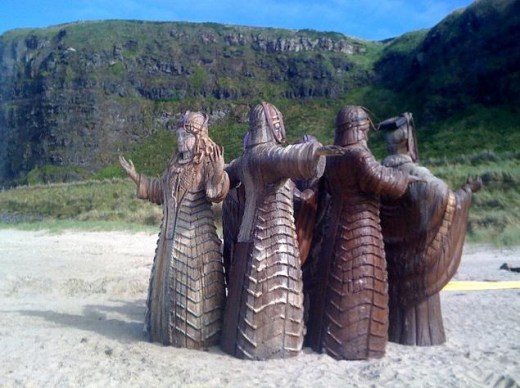 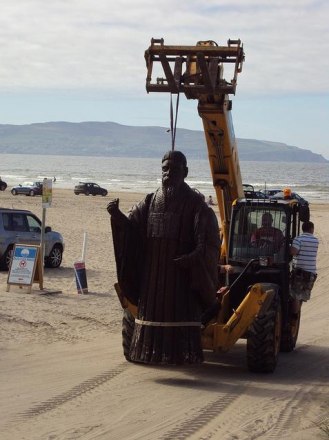