Check out the first pics from the Kickstarter funded Veronica Mars movie.

After a record breaking Kickstarter campaign that excited fans and pissed off a bunch of other people, the Veronica Mars film is finally underway and Buzz Sugar has some of the very first pics from the set.

The photos feature Kristen Bell and Jason Dohring, who is back to play Logan Echolls. I’m sure we can expect more pics like this to pop up in the next couple of weeks, and then we will probably get to see the first footage when Veronica Mars heads to San Diego Comic-Con. 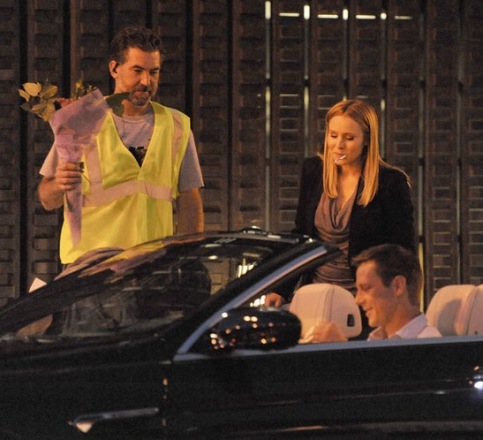