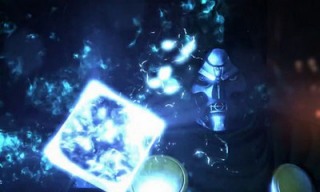 Nerds… ASSEMBLE! Teaming up with Gazillioon and Secret Identity Studios, Marvel Comics has released the first teaser trailer for their upcoming MMO, Marvel Heroes. The trailer shows off some impressive gameplay, new heroes and new enemies.

Drawing upon the 8,000-plus heroes and villains in the Marvel Universe, players become their favorite Marvel Super Heroes and explore such famous Marvel landscapes as the Savage Land, Hell’s Kitchen and Mutant Town. Players will combat villains and complete missions in randomized public zones as well as being able to discover and acquire their own cast of characters; from the well-known Avengers, Iron Man, Captain America, Thor, the Incredible Hulk, Hawkeye and Black Widow to the more obscure Squirrel Girl and Ka-Zar.

In Marvel’s Midtown Manhattan, the Xavier Institute for Higher Learning, and other famous Marvel locations, players can meet other players, gain missions and buy items from legendary Marvel characters. Fans will be able to customize heroes in countless ways by selecting and finding powers and costumes from each character’s rich history. Between powers to find and modify, costume pieces to collect and construct, and additional items to uncover, there are thousands of ways people can customize their experience.

Written by Brian Michael Bendis, author of ULTIMATE SPIDER-MAN, NEW AENGERS, SECRET INVASION and countless other successes, “Marvel Heroes” is inspired by some of the most popular tales and events in Marvel Comics history.

David Brevik, President of Gazillion Entertainment and creator of the massive hit games “Diablo” and “Diablo II” says, “I’ve been a big Marvel fan for all of my life.’Marvel Heroes’ represents the combination of Marvel IP with all of the knowledge and experience I gained creating ‘Diablo.’ It is a dream come true. I’m excited to unveil ‘Marvel Heroes’ and share this revolutionary MMO with both gamers and Marvel fans.”

“‘Marvel Heroes’ is the pinnacle of Super Hero gaming,” states TQ Jefferson, Vice President of Games at Marvel. “For fans to actually become their favorite heroes in an original storyline, explore iconic Marvel landscapes and combat some of the most dangerous villains in a shared experience is unbelievably compelling.”

Marvel Heroes will be available on PC. Release date TBA.