They actually gave us a lot more than I expected, with clear views of both Anthony Mackie as The Falcon and Sebastian Stan as Bucky/ The Winter Solider.

The first trailer is out for Marvel’s Captain America: The Winter Soldier and it looks Awesome! They actually gave us a lot more than I expected, with clear views of both Anthony Mackie as The Falcon and Sebastian Stan as Bucky/ The Winter Solider.

Unlike the other sequels in the Marvel Cinematic Universe, the Cap sequel is almost like a reboot. The first film was great, but it was a WWII period film. This new movie is post Avengers. It shows Steve Rogers, 100% in the present, even if he is dealing with a nemesis who was his partner in the past. 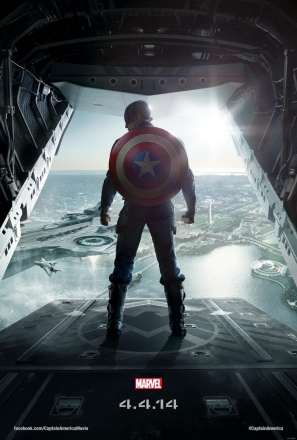