One of the quotes here could be considered a bit of a SPOILER. You have been warned!

Thor: The Dark World opens on November 8th and the first trailer is set it hit later this week. Today, we’ve got a couple new pics from the film, including one of Thor (Chris Hemsworth) and Jane Foster (Natalie Portman).

In addition to the photos, a couple bits of info came out during some interviews with Kevin Feige and Hemsworth about the movie.

First, here’s what Feige had to say about the Thor/ Sif/ Jane Foster love story in the second film:

“It’s superhero action, but it’s the familiar territory of a love triangle where the parents think your girlfriend is wrong for you,” says Feige. “That’s how the best of these movies work.”

Here’s what Hemsworth had to say about his relationship with Loki in the movie:
“Needing Loki’s help turns everything on its head,” says Hemsworth. “And it allows us to explore the underlying complexities of their relationship. It really ends up being a kind of chess match.” 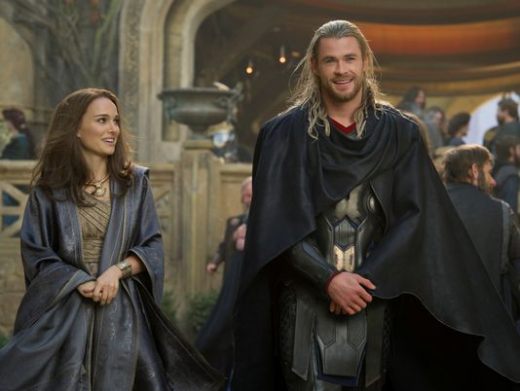 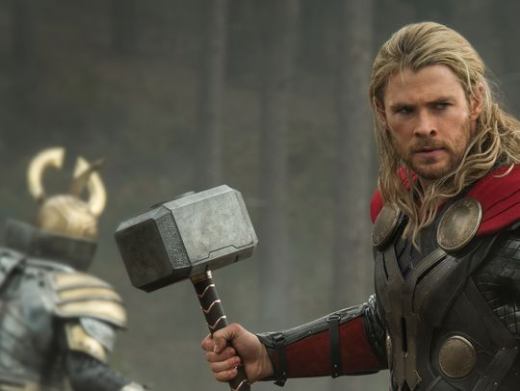