Full Trailer Released For UNDER THE SKIN Starring Scarlett Johansson

Check out the new trailer for the film that stars Scarlett Johansson as an alien seductress.

The extended trailer is out for Under the Skin starring Scarlett Johansson and it is officially the strangest thing I’ve seen today.

In the movie, Johansson plays a sexy alien with an insatiable lust for man. I’m not really sure to say about this from what we are being shown in the film. It feels like the kind of movie that tries to insert itself so heavily on the story that it might actually detract from it. The editing and sound reminds me of a late 60’s art film, but hey… Johansson in underwear. 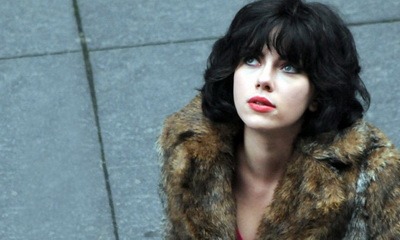