“Daryl is this guy who needs a hug, but if you try to hug him, he’ll try to stab you.”

OK, now that I’ got that out of my system… USA Today sat down to talk to a few people from The Walking Dead before it comes back for the second half of season 2 this Sunday night at 9 PM on AMC. Not surprisingly, the conversation landed on the character of Daryl played by Norman Reedus.

Here is what the show creator, Robert Kirkman and Reedus himself had to say about the character’s growth over the first two seasons.

Robert Kirkman on Daryl Dixon:”It all comes down to Norman. I feel absolutely blessed he has honored our show with his presence, and the way he has come in and taken over that role and defined Daryl Dixon. A lot of Norman’s portrayal of the character in the first season inspired all the writers to do what we did with him in the second season. We love writing him and end up doing cool stuff with him.”

Norman Reedus on Daryl Dixon:”Originally, he was supposed to be this angry guy with a racist viewpoint who hated everybody, and you’ve seen him grow and become a better person. Maybe that has something to do with it [on Daryl’s popularity]. Daryl is this guy who needs a hug, but if you try to hug him, he’ll try to stab you. He doesn’t want to talk about his feelings, but you can tell there’s a lot of feelings bottled up.

I picked up my son [12] from school the other day. He had this big grin on his face, and I asked him, ‘What are you smiling about?’ He said some of the bigger kids at school had asked him, ‘Is your dad Daryl Dixon?’. 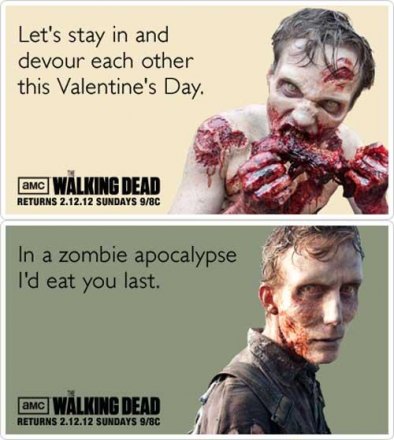 The series stars Andrew Lincoln as Sheriff’s Deputy Rick Grimes who wakes up after being in a coma to find the world inhabited by zombies. He then sets out to find his family and other survivors along the way.

The series premiered on October 31, 2010, and is broadcast on the cable television channel AMC in the United States. The first season premiered to wide acclaim and was nominated for several awards, including the Best Television Series Drama at the 68th Golden Globe Awards. Based on its reception, AMC renewed the series for a second season of 13 episodes which premiered on October 16, 2011. Two episodes into the second season, AMC announced that the show would return for a third season.

The first season of The Walking Dead was well received by critics, with a rating of 82 out of a 100 on Metacritic. The season one premiere was watched by over 5.3 million people. The season two premiere was watched by more than 7 million viewers. The Walking Dead also received many nominations, including a Writers Guild of America Award and a Golden Globe Award for a Best Television Series Drama.