We’ve already seen the close-up of Dane DeHaan as Goblin, but now we are getting a look at Paul Giamatti as The Black Ranger… I mean the Rhino.

OK. So, here’s the hi-res version of the big banner we saw the other day. We’ve already seen the close-up of Dane DeHaan as Goblin, but now we are getting a look at Paul Giamatti as The Black Ranger… I mean the Rhino.

Yes, I know that just throwing Giamatti into a Rhino costume like in the comics would look silly. That said… Come on! This is a freakin Power Rangers vehicle. I know the story is supposed to introduce the Sinister Six. Does this mean that they’ll all combine to make a giant, sinister Voltron? What do you think? 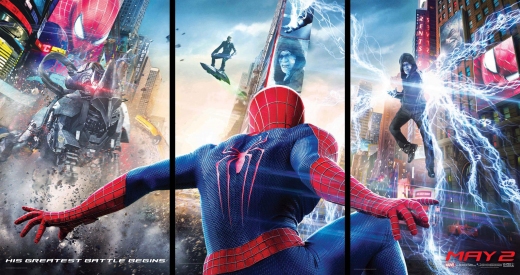