Seriously… Why does Zuko have all that hair?

Last week we showed you the two pics that USA Today had released from the new M. Night Shamayalan adaptation of the hit cartoon, “Avatar The Last Airbender.” Now, the studio has sent out three high-res pics for fans to drool over. One of the pics is all new and the others are just bigger versions of the previous two.

All in all, I can’t say that I’m super impressed so far, which is a shame as I’m a big fan of the cartoon. I’m still trying to figure out why Dev Patel wouldn’t just suck it up and shave is head into the top knot like in the cartoon. After all, his hair is actually an important part of his character as it shows his social status within the royal family. 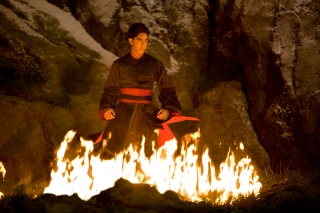 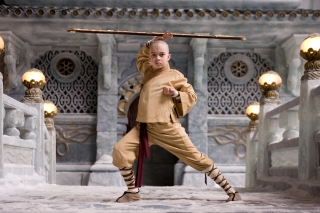 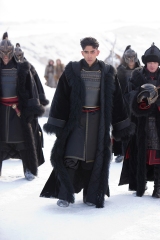