‘Inhumans’ First Teaser Sets Tone For Unrest In The Kingdom

He’s talking about “Freedom for all Inhumans…”

The other day we got our first look at the cast of Marvel’s upcoming Inhumans series, which is set to premier on IMAX screens this September and then continue on ABC. Today, we are getting our first look at the first teaser trailer for show. While there’s no footage, there are two people’s voices discussing defying king Black Bolt and seeking “freedom for all Inhumans.” What does it mean? I have no idea. We’ll know soon enough as news starts to come out during convention season, ahead of the fall premier. 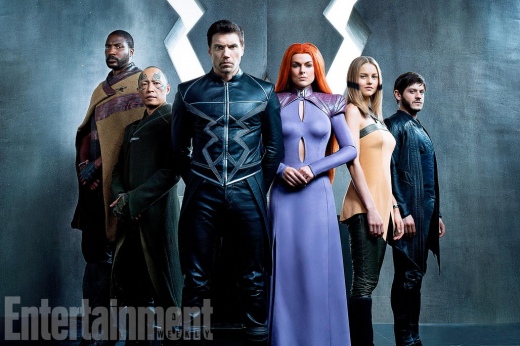 The Inhumans, a race of superhumans with diverse and singularly unique powers, were first introduced in Marvel Comics by Stan Lee and Jack Kirby in 1965. Since that time, they have grown in prominence and become some of the most popular and iconic characters in the Marvel Universe. “Marvel’s The Inhumans” will explore the never-before-told epic adventure of Black Bolt and the royal family.