Is Jack O’Connell Up For A Major Role In STAR WARS: EPISODE VII

Check out the details on the new casting rumor after the jump.

Bleeding Cool is reporting a well backed-up casting rumor for the upcoming Star Wars: Episode VII. Word is that Jack O’Connell is up for pretty big role. In fact, the rumor is that he’s up for the same role that Matt Smith has also tried out for. What role could that be? Beats the heck out of us. We would guess Luke Skywalker’s son, but having Matt Smith in contention seems to kill that idea.

O’Connell has already had roles in several British productions like Tower Block, Harry Brown, and Skins. He now joins a list of other brits up for roles that includes: Saoirse Ronan, Chiwetel Ejiofor, Benedict Cumberbatch, Matt Smith, Rachel Hurd Wood, and Jason Flemyng. 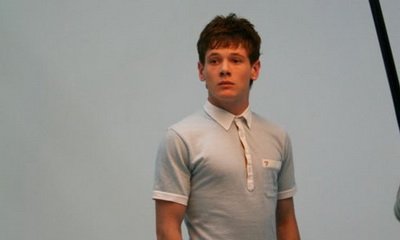