Is This The First Poster For The New Wolverine Movie?

We have no idea if this is actually the real poster, but the photo was taken in the office of the director of the upcoming Wolverine movie.

W have no real proof about this, but it looks like it could very well be the first teaser poster for ‘The Wolverine’. This poster showed up in an image that was supposedly a photo taken in the office of James Mangold, the director of the upcoming film.

The new film, which promises to be much darker.. and hopefully better than the original, we get to see Wolverine in Japan, one of the most interesting parts of his story for comic book fans. 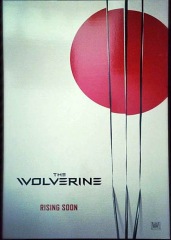