Well, at least it’s not called “Kessel Run” or “Chewie and Me.”

This is the second day in a row that we’ve had a news item about the upcoming Han Solo Movie. We haven’t talked about it this much since the first pair of directors were canned and replaced by Ron Howard. Yesterday, we talked about how Michael K William’s was cut from the film do to some scheduling issues. Today, it looks like we’ve got yet another movie leak from the fine folks at Lego. In a new catalog that’s been released for the film, it (under a confidential stamp) reveals that the film is going to be called: “Han Solo: A Star Wars Story.” Inspiring, right?

Well, at least it’s not called “Kessel Run” or “Chewie and Me.” 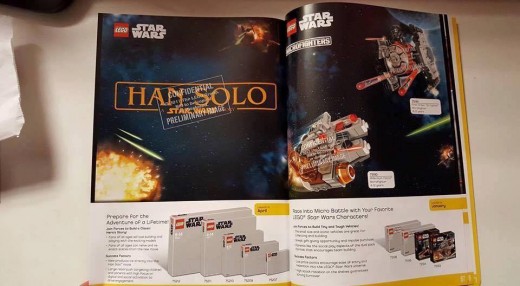