Find out a ton of great new details about the tone and even the new costume in the upcoming Robocop Reboot.

In promotion in full swing for the new season of ‘The Killing’, Joe Kinnaman sat down with MTV, but it wasn’t long before the subject turned from TV to movies and Joe’s new gig as the lead in Jose Padilha’s Robocop.

Here’s what he had to say about the director:

“I’m super stoked. Especially with this director. José Padilha is a badass. He’s the real deal. There’s a lot of neuroscience now raising the question, ‘Is all the intelligence in the human body in the brain?’ and they’re finding out that, no, it’s not like that. The body has intelligence itself, and we’re much more of an organic creature in that way. It’s not a control tower that does everything.”

as far as the tone, here’s what he said that fans can expect:

“RoboCop is going to be a lot more human. The first movie is one of my favorite movies. I love it. Of course, Verhoeven has that very special tone, and it’s not going to have that tone. It’s a re-imagination of it. There’s a lot of stuff from the original. There are some details and throwbacks, but this version is a much better acting piece, for Alex Murphy and especially when he is RoboCop. It’s much more challenging.”

Finally, he was also nice enough to dish on the suit:

“It’s not going to be jaw action. They’re still working on the suit and how it’s going to look, but the visor is going to be see-through. You’re going to see his eyes.” 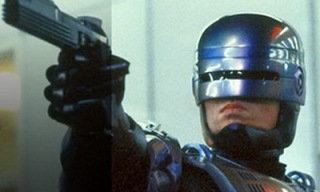