The TMNT reboot is starting to sound about as ill-conceived as the AKIRA reboot. We already know that he’s made them aliens and there were rumors that he even changed the name… now we’ve got a new statement from the man who might now be the most hated person in the world of geeks.

Here’s what he had to say on his official site:
Paramount marketing changed the name. They made the title simple. The characters you all remember are exactly the same, and yes they still act like teenagers. Everything you remember, why you liked the characters, is in the movie. This script is being developed by two very smart writers, with one of the original creators of Ninja Turtles. They care VERY MUCH about making this film for the fans. Everyone on this team cares about the fans. Just give them a chance. Jonathan the director, is a major fan of the whole franchise. HE’S NOT GOING TO LET YOU DOWN. 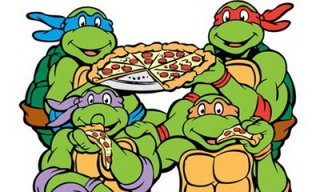