“John Carter” opens March 9th, but I’m sure none of you know that or care because Disney has done an awful job marketing the sci-fi adventure.

Disney’s “John Carter” opens March 9th worldwide, but I’m sure none of you know that or care because Disney has done an awful job marketing the adaptation of the Edgar Rice Burroughs sci-fi adventure classic.

So leave it up to the fanboys to do something about it. Check out this wonderful Mondo poster by J.C. Richard. The poster will be given out to fans at the midnight IMAX showing of “John Cater.” 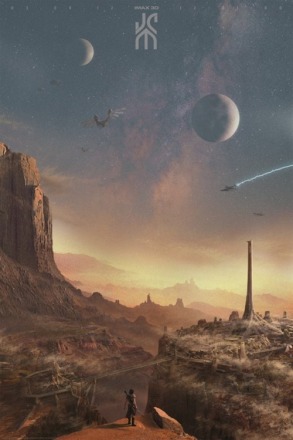 If that doesn’t blow your mind, then check out an incredible fan made trailer by JohnCarterFiles which pieces together parts from the official trailer and other films. The fan-made trailer does a better job selling the film as it explains the premise, something the Disney trailers have decided to stupidly ommit. According to the fans behind the project, the fan trailer was done “in the spirit of ‘we want to help.'”