The superhero movie that no one ever though would get made is looking a lot more feasible for WB now that they see how much money Marvel and Disney just raked in on The Avengers.

The superhero movie that no one ever though would get made is looking a lot more feasible for WB now that they see how much money Marvel and Disney just raked in on The Avengers. It sure is nice having the luxury of being a second mover. Now that Whedon and co have proven the theory, WB and DC comics are going to move forward and see if they can make lightning strike for a second time.

It was announced a little while ago that the Justice League film is now getting a new lease on life with a new writer, Will Beall. You might recognize him as the writer of the upcoming film, Gangster Squad. He is also attached to write the reboot of Lethal Weapon.

Warner Bros is keeping details pretty quiet on the film until they’ve got something more concrete. This isn’t the firs time that the film has been on the slate. It even made it as far as casting back in 2008 when Armie Hammer was set to play Batman and Adam Brody was set to play The Flash.

The real question remains as to whether they will parrot the Marvel formula of setting up each character in their own films and then bringing them together. If that is the case, it means we’ll most certainly see a reboot on Batman after The Dark Knight Rises and there will be a lot riding on the shoulders of the new Superman Man Of Steel film. Lord knows what they’ll do with Green Lantern and word is that they are now going back tot he drawing board and working on a new script for Wonder Woman. 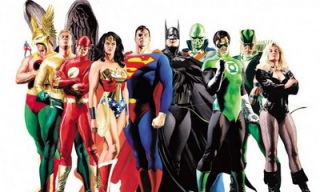