Several people on Reddit are reporting that movie theaters in China are using a poster to promote Justice League that probably wasn’t approved by Warner bros.

Several people on Reddit are reporting that movie theaters in China are using a poster to promote Justice League that probably wasn’t approved by Warner bros. The image pretty much explains the whole thing, but in a nutshell, it features the Justice League slaughtering Marvel movie heroes like Wolverine, Deadpool, Thor, Captain America, Iron Man, and Ant-Man. 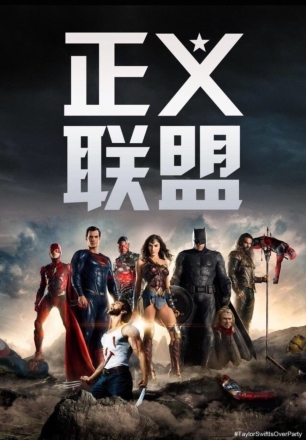 A poster showing Marvel superheroes being killed by the Justice League have been used by multiple Chinese movie theaters as well as iQiyi, a video hosting site that is doing official promos for the film, and the ticketing app of Wanda Cinema, China’s biggest cinema chain.
The graphic poster includes Deadpool on Aquaman’s pitchfork, Batman holding a cut-off head of Thor, Wolverine being stabbed to death, the Flash stepping on Captain America’s head, Superman squishing Ant-Man, and a disembodied Ironman lying on the ground.
After someone on Weibo called called iQiyi out, someone claiming to be from iQiyi contacted the original poster , offering payment to delete the post. iQiyi has since then replaced the poster on their website, but many of the posters in movie theaters remain.
Warner Bros, DC Films, and iQiyi have all remained silent on the issue.