Kevin Feige Talks GUARDIANS OF THE GALAXY, Ronan The Accuser, and Thanos

“Ronan The Accuser is very much the main bad guy. And Thanos is lurking above it all.”

In a recent interview with Empire Magazine, Kevin Feige gave some new info about Guardians of the Galaxy, its bad guys and how it fits into Phase 2 of the Marvel Cinematic universe.

First, on who will be the main baddy in the film:
“Ronan The Accuser is very much the main bad guy. And Thanos is lurking above it all. You will learn more about Thanos in Guardians, for sure. Certainly you’ll get more than the one turn around and smirk. You’ll get much more than that!”

Next, as to where Thanos fits in and how connected Phase two will be:

When the movie takes place:
“The general answer is yes. It’s not exactly revealed what year or month it is in relation to the other Phase Two films. But yes, it’s the same time.”

What connects them all:
“Certainly more than the others. We’ve already said that Thanos plays a part in it and is a character in it. That in and of itself should tell you it’s connected to the other worlds.” 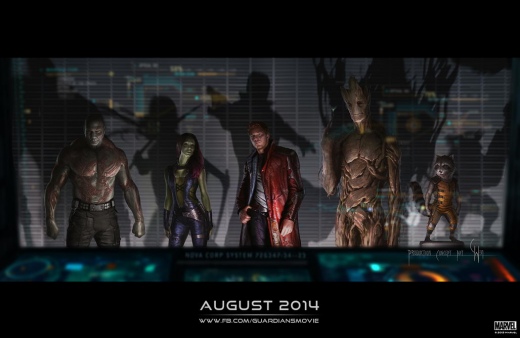