“I think it’s weird that hardly any Neil Gaiman stuff has been made. The idea that no one has made ‘Sandman’ yet is weird.” 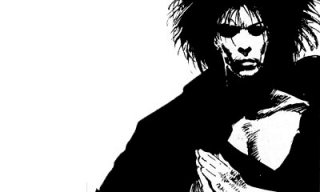 In an interview with Comic Book Resources, Vaughn spoke openly and genuinely about his appreciation of realistic comics, praising both his “Kick-Ass” and “Stardust” collaborators and stating that Neil Gaiman deserves to have more of his work adapted (or bastardized, depending on who does the adaptation).

“I think it’s weird that hardly any Neil Gaiman stuff has been made. The idea that no one has made ‘Sandman’ yet is weird,” said Vaughn.

When asked if a theoretical “Sandman” picture was something Vaughn would like to be a part of, the director seemed enthusiastic despite the film’s current lack of cinematic autonomy, reports MTV.

“You know what, I would love to do “Sandman,” but I think it’s stuck in development hell,” Vaughn said, “But that could be like a ‘Lord of the Rings’ – just a huge movie.”

Clearly a comic book geek, Vaughn’s interest and enthusiasm for comic book adaptations doesn’t stop with Millar and Gaiman. Additionally the director also referred to “The Avengers” and “Superman” as dream projects of his.

Meanwhile, Vaughn’s “Kick-Ass'” will hit theaters this April 16. If it becomes a hit, you can be sure we’ll only begin to see more of Vaughn and maybe even possibly that fabled “Sandman” big screen adaptation.