But everything else is still crypic and in the air… 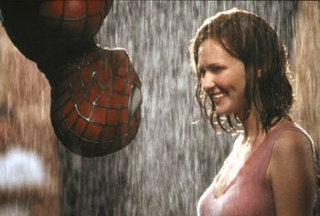 “I’m in,” said the actress matter of factly. However, when pressed to make the announcement official, Dunst quickly changed her tone, and rather cryptically added, “I’m not saying anything, I know there’s rumors…”

Spider-Man 4 does not have an official release date but has been targeted for a May 2011 release. Word is still out on whether or not Tobey Maguire and Sam Raimi will be involved. It has however, been rumored that Sony Pictures is interested in filming Spider-Man 4 and Spider-Man 5 concurrently.

I dunno about any of you, but Spider-Man 3 was pretty craptastic and it was directed by Sam Raimi. Do we really want two more films that may be directed by someone else other than Sam Raimi? Can anyone say Schumacher Spider-Man nipples?