Further proof of its addicting gameplay was recently in the news. Five inmates escaped from a Pakistan prison while the guard played a game!

Before Diving in, we want to offer a quick wookiepology to our good friend Jason over at Zombies and Toys. He busts his undead hump getting these posts together and I was sure that I’d hit the publish button… I’m gonna blame the fever, but I’m still going to apologize to the man we’ve kept waiting. Now, enough of the mushy crap and on to some brains!!! 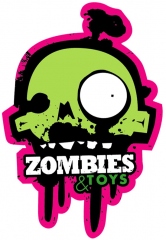 For a change, Friday the 13th is going to be your lucky day! Because we took last week off for a convention appearance, today’s feature is two weeks’ worth of news. At Zombies & Toys, we started the month with some new contests. First, we have a new shirt from Fright Rags. And so that the baby in your life doesn’t feel left out, a onesie for the little brain-muncher courtesy of Sourpuss Clothing. To announce the arrival of baby, Horror Signs is offering “Zombie on Board” warning sticker for your car. 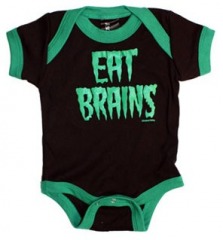 Later in the week, PopCap Games introduced us to the Undead Zombie’s replacement. Witness the Disco Zombie! Disco Zombie had this to say at a press release: “Dear Alive Peeples, I am pleazed too join the big brainz at PopCap and can’t wait to meat you all. And yes, I du my own heir.”’ 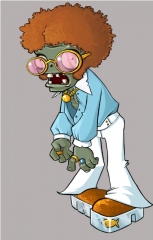 Gaming Heads along with Valve announced their upcoming Left 4 Dead Tank statue. The monster stands approximately 15” tall! To give him his frenzied look, Tank’s eyes have even been painted with luminous paints. Limited to 300 pieces for the limited and 750 for the regular, Tank will set you back around $300.

Because too much geek is never a bad thing, Matt Busch combined the imagery of our favorite movies with zombies. His latest series of work, Hollywood is Dead, are faithful and fully remade movie posters consisting of greats such as Star Wars, Indiana Jones, and The Lord of the Rings.

Continuing the rush of consistent new from The Walking Dead, AMC treated us to an interview . What can better than speaking to cinematographer, David Boyd? How about a new zombie picture? 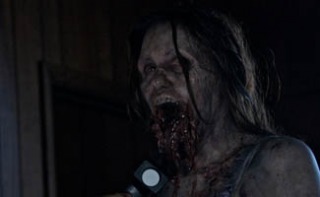 Virgin Trains has created a fun zombie shooting game utilizing Google Maps . While the game is an advertisement, it is still a unique way to utilize Google Maps technology. You actually wander the streets of your town (or any town you choose) and shoot zombies. Now we need a legitimate game using this feature. 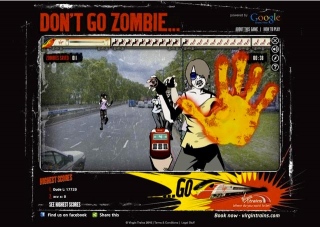 Speaking of games, I have preached my love of Plants vs Zombies since its debut. Further proof of its addicting gameplay was recently in the news. Five inmates escaped from a Pakistan prison while the guard played a game! While four of them have been recaptured, there is still one missing!

Finally, we concluded the week with the launching of two more contests and a feature on Screaming Brain Studio. That’s five contests you can enter for this month! So what are you waiting for?