We know that there are some big changes ahead for The Walking Dead as the AMC series heads into season 9. We know that both Rick and Maggie will be leaving the show and the focus will be shifting Darryl into the leadership role. Now, thanks to some leaked art via AMC Brazil, it looks like we could be seeing a change of scenery as well.

Along with images of Maggie, Darryl, and a close-cropped Rick Grimes, we are also being shown a background that appears to feature the ruins of the US Capitol building. Does this mean that Mr Grimes is going to Washington? We are sure to find out by the time that The Walking Dead takes the stage at San Diego Comic-Con later this month. 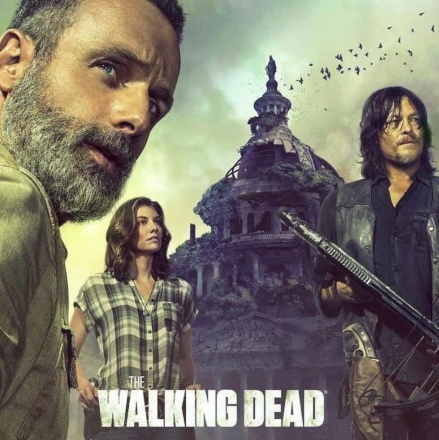