First. if you haven’t seen season 1 of Adi Shankar’s Castlevania animated series on Netflix, you need to fix that immediately! It’s one of the best-animated offerings on the streaming service right now and possibly the best video game adaptation ever made. It definitely hasn’t hurt to have Warren Ellis on board to write the series and talent like Richard Armitage, James Calis, and Graham McTavish to handle the voices of Trevor Belmont, Alucard, and Dracula respectively.

Late last night, series creator Adi Shankar took to his Facebook page to announce that the second season of the series is going to drop on October 26th. He also dropped the first image from the new season, along with this caption:

“Adi Shankar
Exclusive: A still from Season 2. It’s epic-ness. Sam Deats is the David Fincher of the 2020s. #dragonenergy” 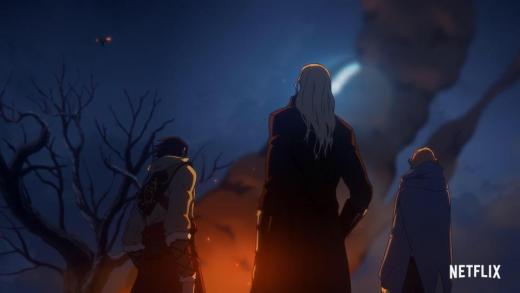