‘Legend Of The Seeker’ Axed

“Legend of The Seeker,” will not be renewed for a third season and its been officially axed.

EW is reporting that the Sam Raimi-produced fantasy series, “Legend of The Seeker,” will not be renewed for a third season and its been officially axed.

“Seeker” which had been developed from Terry Goodkind’s fantasy novels averaged roughly around 2.3 million live viewers per airing, which isn’t too shabby. Unfortunately with its budget 2.3 million live just isn’t enough to sustain it especially when there are cheaper options such as syndicated reruns.

The outlook had been grim since last March, when many of Tribune Station Group’s markets dropped the syndicated series, ABC Studios, which produces it, have been shopping it around at other networks but so far there hasn’t been any takers. So it appears that after two awesome action-packed seasons, Legend is now no more. 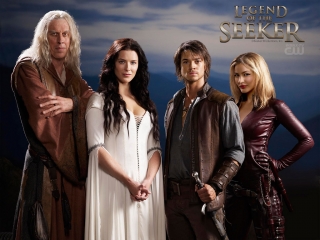