Last week we got to see our first peek of Hugh Jackman as Jean Valjean. Now it is time to get our first look look at Crowe as Javert.

Last week, we had the first image of Hugh Jackman as Jean Valjean from the new musical adaptation of Les Miserables, now we are getting our first peek at his nemesis, Russell Crowe, AKA Javert.

This is the soundtrack that I probably heard most as a child in my mom’s car, so while I’ve never had a chance to see the musical, I feel like I know the whole thing already. I’m really excited about this new film and I’m looking forward to its release on December 14th. 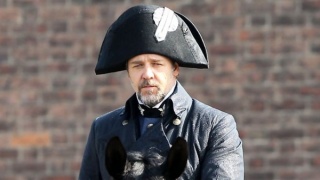