‘LOST’ Cast Sits Down For The Last Supper Promo

ABC just released two images depicting the “Lost” cast recreating Leonardo da Vinci’s “The Last Supper” with Locke (Terry O’Quinn) taking up the role of Jesus. What’s interesting about these two promos is the fact that it features thirteen apostles rather than twelve that were made famous from the painting (Someone must have been watching Dogma). Also in the second promo everyone seems to be pissed at Locke. If seating placement is any indication of how the final season of “Lost” will end, take note that Kate is in Judas’ spot while Said is in Peters.

The final season of “Lost” begins on Tuesday, February 2nd at 9pm on ABC following the Winter Olympics. 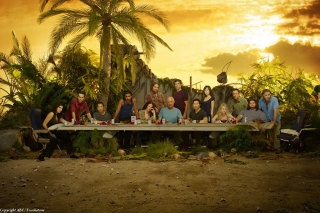 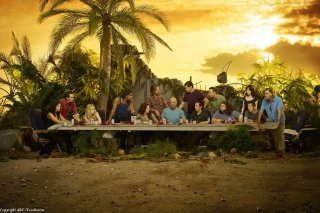