The upcoming special will feature new footage from “Captain America: The Winter Solider” and “Guardians of The Galaxy,” and “The Avengers: Age of Ultron.”

MARVEL ENTERTAINMENT DEBUTS FIRST TELEVISION SPECIAL
“MARVEL STUDIOS: ASSEMBLING A UNIVERSE,” TUESDAY, MARCH 18 ON ABC
Viewers get an exclusive look inside the world of Marvel Studios in an all-new
ABC Primetime Special
Join stars from the Marvel Cinematic Universe, celebrity fans, filmmakers and pop culture icons for a world premiere primetime event on TUESDAY, MARCH 18 (8:00-9:01 p.m., ET) on the ABC Television Network.
Marvel Studios has pioneered and broken box-office records around the world, creating a cinematic universe unlike any other in pop culture history through its blockbuster films. Beginning with “Iron Man” in 2008 and continuing today through “Marvel’s Agents of S.H.I.E.L.D.” on ABC and the theatrical release of “Captain America: The Winter Soldier” this April, the Marvel Cinematic Universe presents audiences with some of the most groundbreaking and dynamic storytelling that brings an unprecedented vision to the world of entertainment.
In this exclusive primetime documentary special, audiences will be taken further into the Marvel Cinematic Universe than ever before, offering viewers a front row seat to the inception of Marvel Studios, the record-breaking films, the cultural phenomenon, and further expansion of the universe by Marvel Television.
Marvel’s first television special documents the exciting story behind Marvel Studios and the Marvel Cinematic Universe, featuring exclusive interviews and behind-the-scenes footage from all of the Marvel films, the Marvel One-Shots and “Marvel’s Agents of S.H.I.E.L.D.” Viewers will walk a clear path through this amazing and nuanced universe, featuring sneak peeks at the future of “Marvel’s Agents of S.H.I.E.L.D.” on ABC, new footage from Marvel Studios upcoming theatrical releases, “Captain America: The Winter Solider” and “Guardians of The Galaxy,” and a sneak peek at the upcoming Marvel’s “The Avengers: Age of Ultron.”
“Marvel Studios: Assembling A Universe.” is broadcast in 720 Progressive (720P), ABC’s selected HDTV format with a 5.1 channel surround sound. A TV parental guideline will be assigned closer to the airdate. 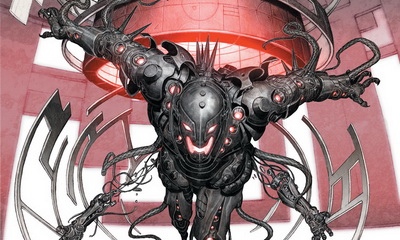