The Hulk has always been a great character who seems to get abused by comic book editors and movie directors.

The Hulk has always been a great character who seems to get abused by comic book editors and movie directors. This seems to be continuing with the Marvel Unveil of the “Totally Awesome Hulk.” Yes, that is seriously what they are calling him now. It kind of makes sense with the totally Brotastic Fauxhawk he’s sporting. 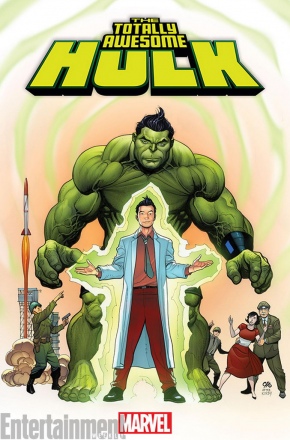 The interesting thing is that this hulk is not Bruce Banner. It is now Amadeus Cho. This comes to us from Frank Cho and Greg Pak. I’m a big fan of Frank Cho, but looking at this gives me the same kind of vibe I got the first time Jar Jar opened his mouth.

Marvel’s Editor-in-Chief Axel Alonso had this to say about the new direction for the big green monster:

As a former Hulk editor, I just felt like…we’ve seen Banner’s story for so long, and the burden that he carries, with the weight of the Hulk on his shoulders. Perhaps the most interesting thing is to see how someone else shoulders that burden, and immediately, Amadeus came to mind for a lot of different reasons. One of them is that physically, he’s like Banner: he’s the 98-pound weakling who’s had everything but the physical aspect to make him seem super cool. And secondarily is that he’s so different from Banner. He shares the monstrous intellect but he’s so different — he’s a teenage kid, who’s hasn’t lived much yet. When Banner inherited the burden of being the Hulk, he was an adult. And I think that it showed in the way that he responded to it. Amadeus is a plucky kid. He’s got a chip on his shoulder, he’s the fifth or sixth smartest guy in the world according to the official rankings, and I think he’s just going to carry himself very differently with that power. 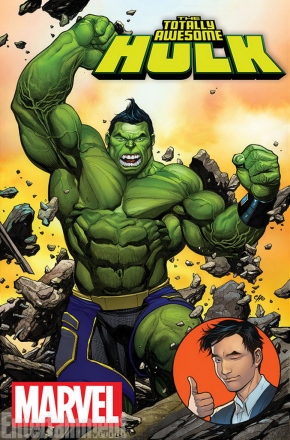 On a side note, I will never trust any editor who uses the term plucky for a character in an attempt to make me like them.