Holy shell shocked! THR reports that former “Transformers” star Megan Fox will be reuniting with director Michael Bay for the upcoming “Teenage Mutant Ninja Turtles” live-action movie. Fox will play none other than the coveted role of April O’ Neil.

Fox and Bay had a rough fall out after working together on the second Transformers movie but has apparently made up. Guess burnt bridges can be mend when you’re looking for some eye candy to jump start a new geek property.

“Sources say Fox and Bay reconciled over a series of recent meetings and that one tete-a-tete that won her over was with director Jonathan Liebesman, who wowed her the storyboards, according to insiders.”

Do you think Fox is right for the part of April O’ Neil? Let us know below. 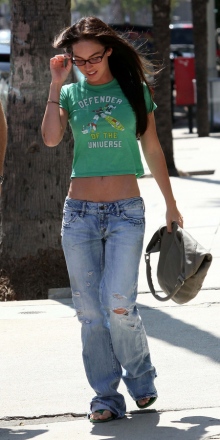