What is this, class picture day?

What is this, class picture day? First we get the cast photo from the Han Solo film and now this? The biggest news about the photo is that it confirms the rumors about James Franco actually being in the film. You can see him in the photo, along with fellow cast mates: Katherine Waterston, Amy Seimetz, Demian Bichir, Danny McBride, Jussie Smollett, Carmen Ejogo, Billy Crudup, and Michael Fassbender. I’m not even sure why people were that surprised about him being in the film. After all, he already played a character named Alien in the Harmony Corine disaster of a movie, Spring Breakers.

Along with the new image, Fox announced that new footage from the film would be released during Wednesday’s night episode of Legion (as if you really needed an excuse to watch it already!!!). If you miss it there, we’ll be sure to post it as soon as it becomes available. 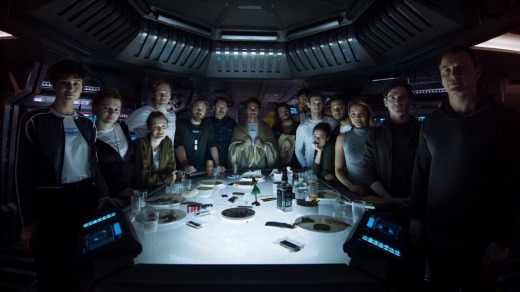 Ridley Scott returns to the universe he created, with ALIEN: COVENANT, a new chapter in his groundbreaking ALIEN franchise. The crew of the colony ship Covenant, bound for a remote planet on the far side of the galaxy, discovers what they think is an uncharted paradise, but is actually a dark, dangerous world. When they uncover a threat beyond their imagination, they must attempt a harrowing escape.