New ‘Avengers’ Behind The Scenes Feature

Get another look behind the scenes of Marvel’s Avengers before the film debuts on May, 4th!

Get another look behind the scenes of Marvel’s Avengers before the film debuts on May, 4th. In this new feature, Joss Whedon, Robert Downey Jr, Scarlett Johansson and more discuss the enormity of the film over the backdrop of epic footage and some fun glimpses behind the scenes. 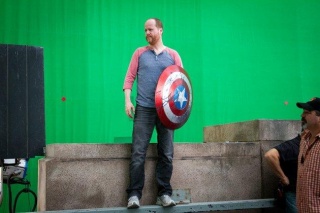