Check out a quieter, but brilliantly acted scene by Tom Hiddleston as Loki in Marvel’s “Avengers.”

We are one day closer to the May, 4th release of Marvels’ ‘Avengers’ and today we’ve got a great new clip that focuses mainly on Nick Fury (Sam Jackson) and an incarcerated Loki (Tom Hiddleston). Unlike the action in the last clip that was released, this scene gives us a chance to focus on the Whedon-based dialogue and the tremendous acting of Tom Hiddleston. I still can’t get over what a great bit of casting that was. Had they gone another way, the role of Loki would have been horribly cheesey and would have bogged down Thor and probably Avengers as well. 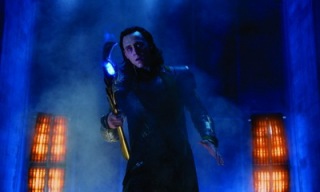