The official Hunger Games website just updated their cast photos with some great new shots of Jennifer Lawrence, Josh Hutcherson, and Liam Hemsworth. Check them out after the jump!

The official Hunger Games website just updated their cast photos with some great new shots of Jennifer Lawrence, Josh Hutcherson, and Liam Hemsworth. Check them all out below! 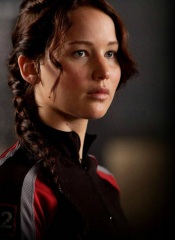 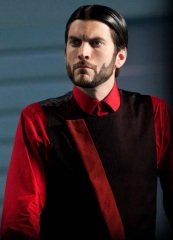 Official synopsis:
At an unidentified future date, the nation of Panem has risen out of the ruins of what was once known as North America. Due to an uprising by the districts of Panem, a raffle is held to choose one boy and girl, aged 12–18, from each of the 12 districts to risk their lives in the Hunger Games, a ruthless competition in which each contestant, or tribute, tries to kill the others until only one is left alive. The winner receives honor, gifts, and enough food and supplies to never worry for anything material again. The Games, while entertainment for the Capitol’s citizens, are a yearly reminder to the 12 districts of their unsuccessful rebellion 74 years ago, during which District 13 was completely destroyed.

In District 12, sixteen year-old Katniss Everdeen cares for her mother and her sister Primrose “Prim” since her father died in a mine accident when she was 11. Each year, since the age of 12, Katniss has put her name in the lottery, or reaping, more than once. In return for taking this extra annual risk, she receives extra grain and oil for her family. In addition, Katniss has been illegally hunting for food outside the gates of District 12 with her friend Gale, whose father died in the same mining accident as Katniss’ and who similarly cares for his family.

Prim, now age 12, has her name placed in the reaping for the first time — only once — and it is unexpectedly drawn. Katniss watches as Prim is taken away by four peacekeepers, and volunteers to replace her sister in the Games. She competes against other tributes, including trained “Career Tributes” who have been illegally training for the Games their entire lives, as well as Peeta Mellark, the male tribute from District 12, who has secretly loved Katniss since childhood, and who once did her a kindness she could never forget. Haymitch Abernathy, a drunk and the only living victor from District 12, mentors both Katniss and Peeta before and during the Hunger Games.