New Clip Released For THIS IS THE END Featuring Emma Watson

Find out how Emma Watson survived the zombie apocalypse.

Find out how Emma Watson survived the zombie apocalypse in the newest clip from the celebrity-filled end of the world comedy, This Is the End.

Official synopsis for This Is the End:

The comedy This Is The End follows six friends trapped in a house after a series of strange and catastrophic events devastate Los Angeles. As the world unravels outside, dwindling supplies and cabin fever threaten to tear apart the friendships inside. Eventually, they are forced to leave the house, facing their fate and the true meaning of friendship and redemption. 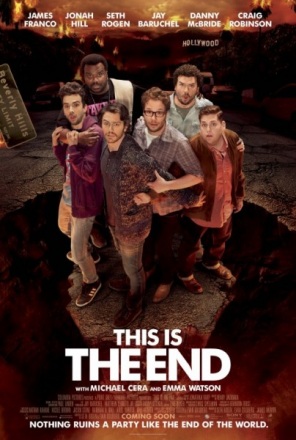