Take your passion. And make it happen.

While we all enjoyed the Bob Ross- inspired teaser for Deadpool 2, we are also waiting anxiously for our first full trailer and hopefully our first real look at Deadpool, Cable, and Domino in action together. There’s a rumor that we’ll be getting it on Valentine’s Day, the anniversary of the first Deadpool film release date. Until then, we’ve got a new poster for the film, inspired by the 80’s classic, Flashdance. When he tweeted it out this morning, Ryan Reynolds gave it this tagline: “Take your passion. And make it happen.” That also happens to be the tagline for Flashdance as well. 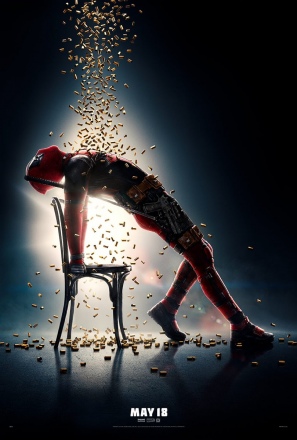