Who knows if this is real or an epic troll by way of Super Bowl ad. One thing is for sure, it’s got our attention.

What the hell is happening here? I’m 99.9999% sure this is the lead up to some sort of Super Bowl Ad, but it’s got to be one of the most complicated virals put together for a big game ad in history. If you don’t know what I’m talking about, a short trailer popped up online last week for a sequel to the Crocodile Dundee franchise titled: ‘DUNDEE: The Son Of A Legend Returns Home’. The trailer features Danny McBride doing a riff on the old “that’s not a knife” routine from the original film. The movie has a synopsis, a trailer, and is even supposed to feature the original Dundee, Paul Hogan.

On one hand, it’s not hard to imagine a film this bad being real, but on the other… there’s just no way this is real, despite the fact that the company producing the film (Rimfire) is the same one that made the original film. On the other hand, they are going through a lot of trouble and a lot of money. I’m not just talking filming in Australia and hiring Danny McBride money. A new trailer dropped today, and this one not only features McBride, but also Chris Hemsworth! You know… Thor!?!?!

So, now we’ve got 2 trailers, 2 big stars, a fleshed out website with character bios and a synopsis… We aren’t sure what’s going on, but we’re impressed and we’ll keep you up to date as more new surfaces. Check out images from the site and both trailers below.

Crocodile Dundee is back. Well, actually, he’s missing in the Outback. And the only person who might be able to find him is the loudmouthed American son no-one knew he had. Introducing Danny McBride as Brian Dundee. This son of a legend is forced to channel his Aussie roots as he embarks on the ultimate adventure in the land down under. It’s time to live up to the family name. 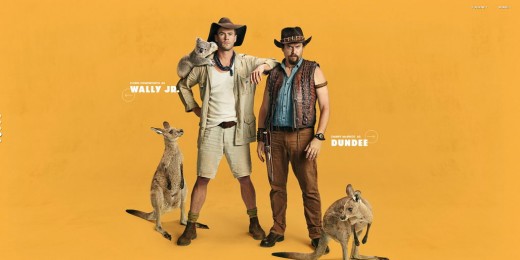 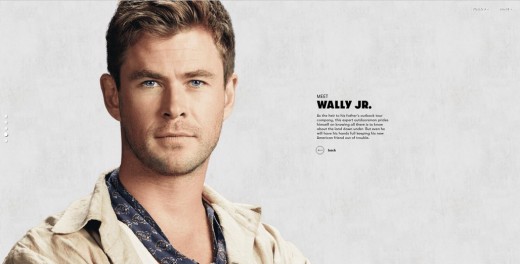 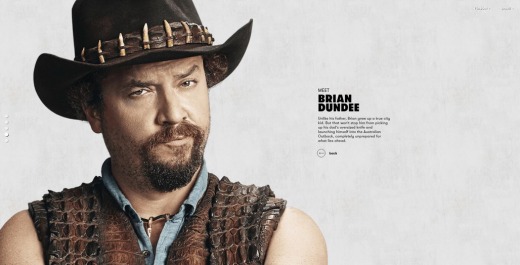