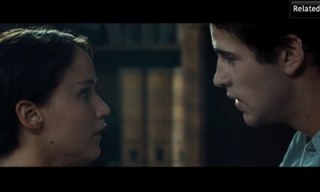 The Hunger Games is set to be released this weekend and today we’ve got another great clip for you. This new one features Katniss (Jennifer Lawrence) and Gale (liam Hemsworth). Word is, from fans of the books, that this goes even further to show the care that Gary Ross took in turning the books into films.