Driven from their homes and dispersed across the land, this band of Ronin must seek the help of Kai (Reeves)—a half-breed they once rejected.

The Japanese trailer and posters are out for Universal’s 47 Ronin, starring Keanu Reeves. There is some new footage to check out in the trailer, so it is worth taking a look. I’m not sure if the movie is going to be good, but it feels like it has kind of a fun, throwback to feel to it. Besides, who doesn’t want to watch Keanu Reeves kick a dragon’s ass. Especially if he says “Whoa,” right after it is defeated.

Joining Reeves in the film are Hiroyuki Sanada, Kô Shibasaki, and Rinko Kikuchi.

Official Synopsis:
Keanu Reeves makes an explosive return to action-adventure in 47 Ronin. After a treacherous warlord kills their master and banishes their kind, 47 leaderless samurai vow to seek vengeance and restore honor to their people. Driven from their homes and dispersed across the land, this band of Ronin must seek the help of Kai (Reeves)—a half-breed they once rejected—as they fight their way across a savage world of mythic beasts, shape-shifting witchcraft and wondrous terrors.

As this exiled, enslaved outcast becomes their most deadly weapon, he will transform into the hero who inspires this band of outnumbered rebels to seize eternity. 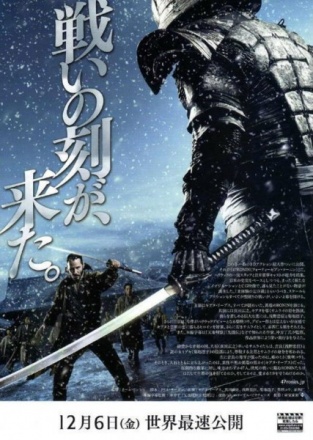