Finally, a video game that lets me rampage through Tokyo as anything from a house cat to a velociraptor and everything in between.

Finally, a video game that lets me rampage through Tokyo as anything from a house cat to a velociraptor and everything in between. I’ve said this before and I’ll say it again… Japan always gets way cooler video games than we do!

The game in question is Tokyo Jungle. In it, you can play as one of 50 playable breeds in a quest for survival of the fittest on the streets of Tokyo. Along with the playable species, there are 80 different kinds of animals in total. You can grow packs and build armies, you (based on the video) can mate… the gameplay options seem nearly limitless. All that and it even has a plot. Your goal in the game is to find out what happened to humanity while playing a Pomeranian, a baby chick, a bear, or almost anything else you can think of. The game will be released in Japan on June 7, 2012. I seriously doubt we’ll be lucky enough to see it released over here. 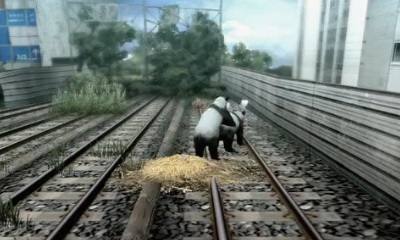