As a little side bonus, we’ve got some shots of Andrew Garfield with a kid Spider-Man. This could either be a scene from the movie, or it could be a Make A Wish type scenario.

There’s a big stack of images today from a scene that was just shot for the upcoming Amazing Spider-Man 2. First, we’ve got a whole pile of images of Paul Giamatti in a Mo-Cap rig that will end up being the Rhino once it goes through all the CG post-production.

As a little side bonus, we’ve got some shots of Andrew Garfield being Spider-Man. In the pics, there appears to be a little kid Spider-Man along with him. This could either be a scene from the movie, or it could be a Make A Wish type scenario. 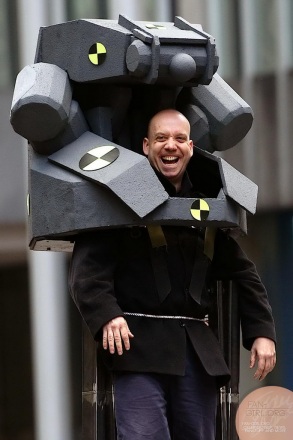 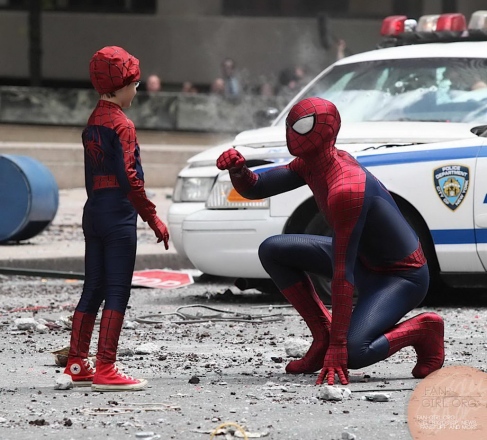 In The Amazing Spider-Man™ 2, for Peter Parker (Andrew Garfield), life is busy – between taking out the bad guys as Spider-Man and spending time with the person he loves, Gwen (Emma Stone), high school graduation can’t come quickly enough. Peter hasn’t forgotten about the promise he made to Gwen’s father to protect her by staying away – but that’s a promise he just can’t keep. Things will change for Peter when a new villain, Electro (Jamie Foxx), emerges, an old friend, Harry Osborn (Dane DeHaan), returns, and Peter uncovers new clues about his past.