New Teaser Poster For ‘Despicable Me 2’

The minions are back!

“Despicable Me” was not only a huge hit, but it spawned some of the cutest and most inventive little side kicks to appear in an animated movie in years… The Minions. The new poster for the upcoming sequel, “Despicable Me 2” shines the focus right on them with the slogan “More Minions, More Despicable.”

Given that the Steve Carrel starrer doesn’t actually come out until July 3, 2013 (well after the coming zombie apocalypse), is it a little surprising that we’ve been hearing so much about it lately. Anyway, here’s the new teaser poster for the sequel: 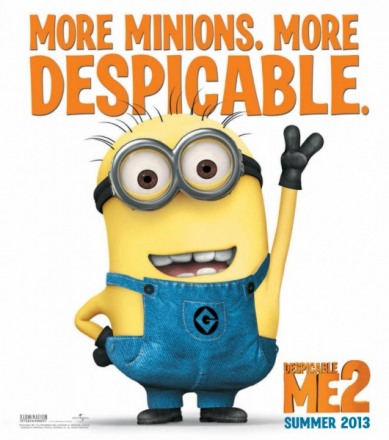