Check out the twisted looking new rig! If that doesn’t scream Decepticon I don’t know what does.

Here are some brand new “spy” photos from the set of “Transformers 3: The Dark of the Moon” which is set for a July 1st, 2011 release. As Shia LaBeouf states, this movie “will not suck” and from the looks of these images he may be right.

While they don’t show much, they do reveal possible new Transformers. Check out the dark and twisted looking new rig! If that doesn’t scream Decepticon I don’t know what does. While it doesn’t look like the G1 Motormaster, it does have an aching resemblance to Onslaught, the leader of one of Megatron’s Combaticon team that forms the mighty Bruticus! 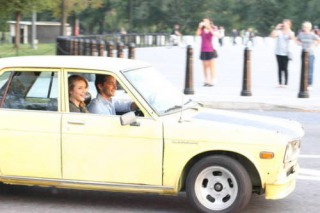